I’ve been quiet for a while on the blog because I’m really buckling down on the WIP. I’m at the 40k word mark out of a projected 75k words, so I’m past halfway. I’ve got a hard deadline: finished, edited, and ready by May for the LDStoryMakers conference. I’ll be pitching to Michelle Wolfson of the Wolfson Literary Agency.

I set a goal to read two books a month this year, and I’m proud to say I overachieved on that front. That may sound like a low bar, but consider that I’m attempting to write 2+ novels this year and also have a wife and four small children to tend to, and you’ll realize my time is actually rather short.

So what did I read in January? 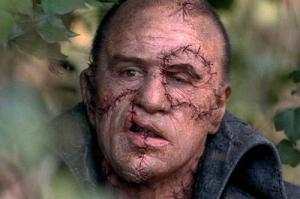 And that also segues nicely into the Motivation part of this post. Writing is hard. Learning the craft is hard, finding the time is hard, understanding feedback is hard, and it’s very tempting to give up at times. Near the end of the novel FRANKENSTEIN (no spoilers, I promise!) Mr. Frankenstein gives a rousing speech in an attempt to halt a mutiny on a ship. I’ll only quote the first paragraph here, but the entire speech is rather motivational. I’m going to print it out and hang it on my office wall so it’s always nearby whenever I’m feeling the “I can’t do this / this is too hard” gremlins biting at my soul.

“Did you not call this a glorious expedition? And wherefore was it glorious? Not because the way was smooth and placid as a southern sea, but because it was full of dangers and terror; because at every new incident your fortitude was to be called forth and your courage exhibited; because danger and death surrounded it, and these you were to brave and overcome. For this was it a glorious, for this was it an honorable undertaking.” — Victor Frankenstein

Here’s to staying on target for your own Glorious Expedition.

2 thoughts on “The Glorious Expedition”