Last time on FCM I shared the opening for an alternative take on Dante’s Inferno. It’s been four years since then, and I’ll tell that story sometime (about where the heck I went for four years), but today I’m bringing back First Chapter Monday (with 45 minutes to go until Tuesday, I think I can make it!).

Ninjas are pretty awesome. I don’t know anyone who would disagree with that. Except maybe people who got murdered dead by ninjas but even they probably thought their assassin was pretty cool. How could you get any cooler than this?

Ninjas have always been popular in media. I’m not sure they’re ever represented terribly accurately, however–even in Japanese media. It’s always pretty over the top, people flippin’ all over the place, flinging shuriken left and right that somehow manage to make their foe’s head pop right off on contact… but I’ve been working on something a lot more historical, and featuring a lot more ninjas looking like this:

Those aren’t necessarily ninjas–they could just be your basic, run-of-the-mill shrine maidens. But you can never be sure!

In the 1500s one warlord who almost conquered and united the warring Japanese states utilized a clandestine band of all-female ninjas who disguised themselves as itinerant priestesses wandering the countryside to perform sacred rites and rituals. They mostly gathered information as spies, but I’m pretty sure they flipped out and killed someone every now and then, as all ninjas do. It’s in their nature.

On a more serious note, Japanese history is fascinating. We don’t study it much in the United States. You can read about some of the time period I’ve been living in these past five years in that older post. But enough intro. Grab a coffee, a handful of makibishi, kick your feet up, and dive into the first chapter of SISTERS OF BLOOD AND SHADOW.

END_OF_DOCUMENT_TOKEN_TO_BE_REPLACED

(No FCM this week. I wanted to finish up a post I started writing several years ago instead.)

Earthquakes are similar to first kisses in many ways. There’s that moment of uncertainty that starts it all off where you think something’s going to happen. Something exciting and frightening, but you’re not quite sure what. Nervousness works its way into your toes and slithers up your legs, sapping the strength from them. You’re afraid you’re going to fall.

END_OF_DOCUMENT_TOKEN_TO_BE_REPLACED 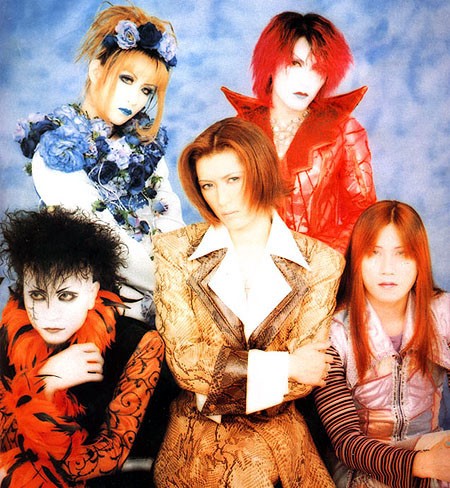 Last time on FCM, we read about a girl made of living flame. This week there’s fire involved, as well, of a different sort. Fire in the form of fiery main character Hiruko Jones who’s having a really bad night watching her kid sister.

THE NINE SINS OF HIRUKO JONES is another one of those books that only has a single chapter in existence. I’ve got a pretty good idea of where this one is going and how it’s all going to end, but at the time I started writing it I’d also started work on SISTERS OF BLOOD AND SHADOW and the ninja girls won my heart. I may revisit this one later, though.

This book is a little bit Labyrinth, a little bit Dante’s Inferno. The titular character goes on a journey through a version of the afterlife that resembles Dante’s Hell mixed with the Japanese land of the dead to find her sister, and face nine of her own terrible sins along the way. Instead of Virgil, she’s escorted by the spirit of her favorite visual kei singer. Think David Bowie in epic makeup, with a wholly sarcastic, smart-ass attitude. See the above photo for a prime example.

Someday I’ll finish Hiruko’s story. It definitely still has its hooks in me, even rereading this sole chapter after a few years. Enjoy this peek into my tortured mind with the first chapter of THE NINE SINS OF HIRUKO JONES.

END_OF_DOCUMENT_TOKEN_TO_BE_REPLACED

Last week, FCM focused on water. This week, we turn to fire.

EVEREMBERED is a book that has sung its siren song to me for quite some time. It’s a fantasy about a girl made of living flame, the last of her kind in a world where the sun is rapidly dying out. I’ve outlined most of it–there’s still some connective tissue that’s unknown and I’ll figure out what it is when I get to it. I often find writing is more like archaeology than invention. An author doesn’t so much fabricate a story as uncover it. I often learn my characters aren’t exactly who I thought they were, and that sort of delightful surprise is what I live for as a writer.

Aside from that outline, there’s just this one chapter. It will change, as all first chapters do, but I think it’s worthy to stand beside the first chapters of more complete novels I’ve scribed. In fact, just rereading it tonight as I prepare to post it, I’m longing to revisit this world once more and unlock the rest of its secrets…