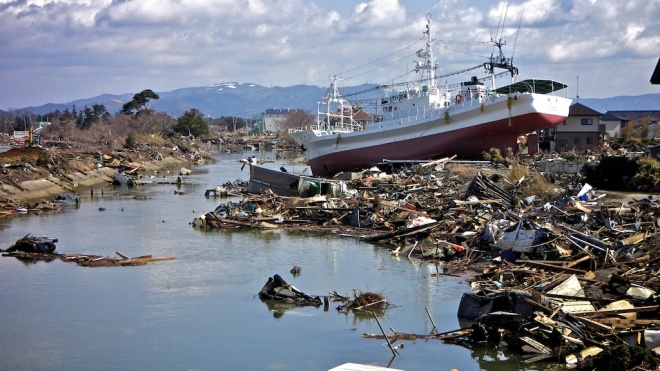 A grueling gauntlet of cross-country travel delayed this post a bit. Four flights in barely 48 hours takes a lot out of someone.

Last week was full of grit and darkness, and this week’s first chapter isn’t much brighter. But where last week was grimdark fantasy, this week is a contemporary love story. A PETAL OF CHRYSANTHEMUM (are you seeing a pattern with flowers?) is a novel I wrote quite a few years ago, when I first started kicking the dust off of the keyboard and diving back into this writing thing that I’d pursued with such reckless abandon while in college. It takes place amidst the 2011 Tohoku earthquake and tsunami. With a wife hailing from Japan, I’ve got quite a few emotional connections to that country, and the tsunami really hit me hard. I clearly remember not being able to work for several days as I stared in awe at photograph after photograph of a land that nature had all but erased. A land that on multiple levels I’ve fallen in love with over the years.

I put this book aside for a while to pursue writing middle grade fantasy for kids (and there’s some of that coming in future weeks!) but recently I’ve returned to it and started making edits. As with the other entries in this series, this is not a fully polished novel yet. It’s just a snapshot of a book that’s been through several revision passes and is currently undergoing some subtle (and even not-so-subtle) edits to see if I can really make it sing.

I originally drafted this novel in 2011-2012, shortly after relocating to Seattle, when my family was temporarily living overseas. I think that feeling of isolation bled into this one somewhat subconsciously. It’s fun going back and reading all these things I wrote, and thinking through what I was feeling and doing at the time. Each novel I write is a mirror into the state of my soul at the time. I only hope the subsequent edits don’t tarnish the reflection.

Without further ado, the opening chapter of A PETAL OF CHRYSANTHEMUM.

END_OF_DOCUMENT_TOKEN_TO_BE_REPLACED

Publishing is a long and winding road. It’s easy for me to get lost in the “find an agent–sell a book” loop and forget about the actual writing sometimes. Which is funny, because the writing–the storytelling–is the reason I’m doing all of this in the first place.

Over the years since I’ve been brandishing words, I’ve accumulated a significant chunk of first chapters. Many of them start books that make it all the way to “THE END,” while others never make it past “CHAPTER TWO.”

I thought it may be a fun idea–and honestly a bit of catharsis–to start digging through those old manuscripts and posting the first chapters. They’re not all nice and clean. They’re not all finished books. Not a one of them has been in a published tome to-date, and for some of them that may never change. But I think there’s some value in going back through the stratified layers of my writing archive and casting some of it out to the wild, unwashed masses. (I’m not judging–I didn’t shower until about noon today myself.)

I’m not really posting these in any order. And as you’ll discover soon enough I run the gamut from grimdark fantasy to contemporary love stories to adventure books for kids. It’s all a bit scattershot, but I think there’s something at the core of each of them that’s the type of story I like to tell.

I’m going to open up with the grittiest. Let’s just rip this bandage off so we can move on to brighter things next week, shall we?

A TALE OF JADE AND CHRYSANTHEMUM is a book that’s complete, and has gone through one revision pass. It could use a few line edits I’m sure. It’s a gritty fantasy about a teenage girl monster hunter in a barren kingdom where women–all women–are slaves. She’s heard rumors about an empire in the north that’s ruled by a woman, however, and as you can imagine eventually those two collide. It’s grim. It’s gruesome. It doesn’t really pull any punches and some of it can be hard to read. But this was me in the fall of 2013 and so here we go.